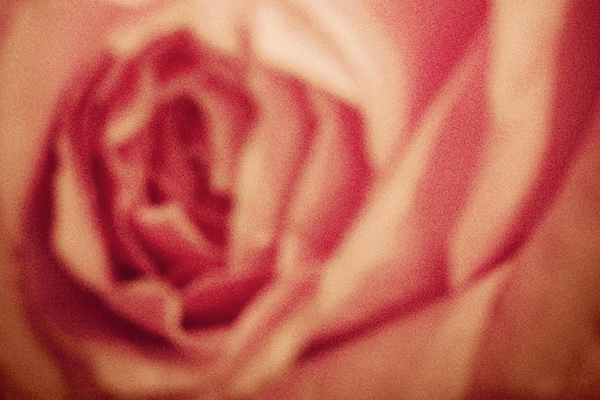 The calligraphic signature
of the founding saint of our Order,
Hazreti Pir Muhammad Nureddin
al-Jerrahi al-Halveti,
may his spiritual secret be sanctified

The Sufi Order of Nur Ashki Jerrahi originated with an embodiment of Divine Love, Pir Nureddin al-Jerrahi. When Shaykh Nur asked Shaykh Muzaffer why Pir Nureddin had been born, he replied, “For love, for love, for love!” The coming of the qutub—a true human being whose love spiritually supports the whole world—by the name of Muhammad Nureddin al-Jerrahi, was precisely predicted through the inspiration of a great Shaykh 300 years before his birth. Nureddin means the Light of the Way of Truth. Al-Jerrahi means the Surgeon. For Shaykh Nur this meant the surgeon of the heart who performs the delicate operations necessary for clearing the heart of obstruction. Nur would also refer to him as ‘the whirling diamond’.

The secret of Pir Nureddin relates to the nature of Universal Mercy, which is the royal seal of Allah Most High. The Sultan of all hearts declares “I have inscribed Mercy for Myself and My Mercy embraces all existence.” This great declaration that love is the core of creation and all creation is Allah’s Mercy, is the secret of Pir Nureddin. He receives it directly from the Prophet Muhammad, may the sweet peace of knowing this secret flow always into his blessed heart.

The Prophet is the inheritor of all the revelatory traditions, while the Pir is the inheritor of the tariqats, which are distillations of revelatory light. Pir Nurredin, following the way of the Prophet Muhammad, is an axis joining all the spokes of the wheel and a vessel of the totality of the divine names. Among the saints this degree of universality is only given to a master of the Essence. To be in the Essence is to have the totality of the Names and Attributes, and to carry these means to be the bearer of Universal Mercy.

At nineteen years of age, having completed his religious studies with highest honors, Nureddin was appointed to the position of chief Islamic Judge of Egypt. He was prepared to leave his native Istanbul for the long journey, but the winds were unfavorable. In the interim, his uncle took the opportunity to bring him to the meeting place of the Halveti Sufi Order (Halveti—“always on retreat with Allah”), and to introduce him intimately to Tariqat, the path of Love. The Halveti guide, Shaykh Ali Alauddin al-Halveti al-Kostendili, immediately recognized the spiritual beauty of Nureddin and welcomed him by name. The passionate dhikrullah that night affected him so profoundly that he abandoned his place among the guests and plunged into the circle of inebriated dervishes. He entered total ecstasy, releasing his mind forever from all worldly conventions, as Allah had willed. Empty of himself and overflowing with the realization of Love, he threw himself at the feet of the shaykh and begged to become his dervish. The clothing and life of a scholar and judge were exchanged for those of a humble lover. He returned all his possessions to his parents’ house and declared that he had died.

After seven years of devotion to his shaykh and a life of great simplicity, Nureddin was honored with the crown-turban of the order and invested with the responsibilities of a mystic shaykh. Shaykh Ali Alauddin sent him to Istanbul, accompanied by two older khalifas of the Order, to find the site for his new tekke. At that time the muezzin of the Janfeda Mosque in Istanbul, next to which Nureddin’s future tekke swould be built, was instructed in dream by the Prophet Muhammad, upon him be peace, to prepare for the arrival of Nureddin by building a retreat room for him within the mosque. This was Nureddin’s first center within the city of Istanbul. Somewhat later Sultan Ahmet III, then presiding over the Ottoman Empire, received a dream in which the Prophet, peace be upon him, requested that he pay for the construction of Nureddin’s tekke. The Sultan sent his emissary to Nureddin with the funds. When the emissary came into Nureddin’s presence, he was struck with love. Then Nureddin lifted the corner of the sheepskin where he was sitting and gold coins miraculously manifested, showing that he had no need of material help. The emissary quickly returned the Sultan’s funds, resigned from his official function in the court, and became a dervish of Nureddin Jerrahi.

Soon after, Nureddin was recognized as a pir, a Divinely ordained leader of a new branch of the Tariqat. He received many sacramental gifts for his new order from the shaykhs of other noble tariqas, which became part of the Jerrahi inheritance. These gifts include the colored sheepskins, certain illahis, articles of ritual clothing, and various ways of making dhikr, as well as the elevated stations of consciousness that each of these represent. Thus the Jerrahi Order became a rich, universal synergy of spiritual knowledge and practice, bearing multiple initiatory lineages within itself.

One of Hazreti Pir’s many miraculous manifestations took place in the last three years of his physical life. The Day of Arafat is the holy day on which the throng of pilgrims who have traveled to Mecca gather on the open plain of Mount Arafat, calling out “Here I am O Lord, here I am before You,” in an enactment of the Day of Ultimate Awakening. On this day, Nureddin Jerrahi and his dervishes would gather outside the walls of the city of Istanbul and offer the afternoon prayer together. Through the spiritual power of the Pir they were mystically transported to the plain of Arafat, where they praised Allah in the company of the pilgrims. Then they returned again to their own city within the same cycle of prayer.

The Paradise consciousness awakened on earth through Pir Nureddin Jerrahi extends through his community of spiritual heirs. His representatives, Shaykh Muzaffer Ashki and Shaykh Nur al-Anwar are of the stature of pirs themselves, as has been confirmed in dreams. They radiate the Pir’s particular spiritual configuration of mercy, universality, and essence.

As dervish lovers of these three noble beings, may we call their names, sense their presence within us, and inherit their ashk illahi, their whirling, world-healing, God-conscious love.